Having carved a niche in the blood donation movement Tarun Mitra Mandal decided to launch the Yuvraj Eye Donation Movement on the 50th anniversary of India’s Independence on August 15th, 1997. This initiative is inspired by Shri K.V.O. S. Jain Mahajan.

The Slogan coined was “Blindness-Quit India”

Unfortunately, there is a woeful lack of knowledge about eye donation. Annually nearly Seventy-Five thousand people die in Mumbai. There are more than 25 Lacs corneal blind people waiting for the restoration of sight and out of them, more than 60% are children below the age of 12.

Tarun Mitra Mandal has set up a human chain of more than 500 people comprising of voluntary devoted social workers, general medical practitioners and eye surgeons and thereby created 37 mobile eye banks across Mumbai city. Tarun Mitra Mandal has got a place of pride for having received accreditation from the International Federation of Eye Banks, an apex world body. Yuvraj Eye Donation Movement is the largest city-wide organization in the world. It also got a place in the Limca Book of world records.

Tarun Mitra Mandal is collecting the highest number of eyeballs in entire Maharashtra and is giving the eyeballs to the Eye Bank Co-ordination and Research Centre, which is affiliated with the International Federation of Eye and Tissue Banks, Baltimore (USA), for evaluation and processing and further distribution of corneas to the beneficiaries. 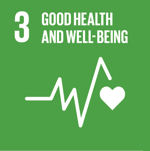